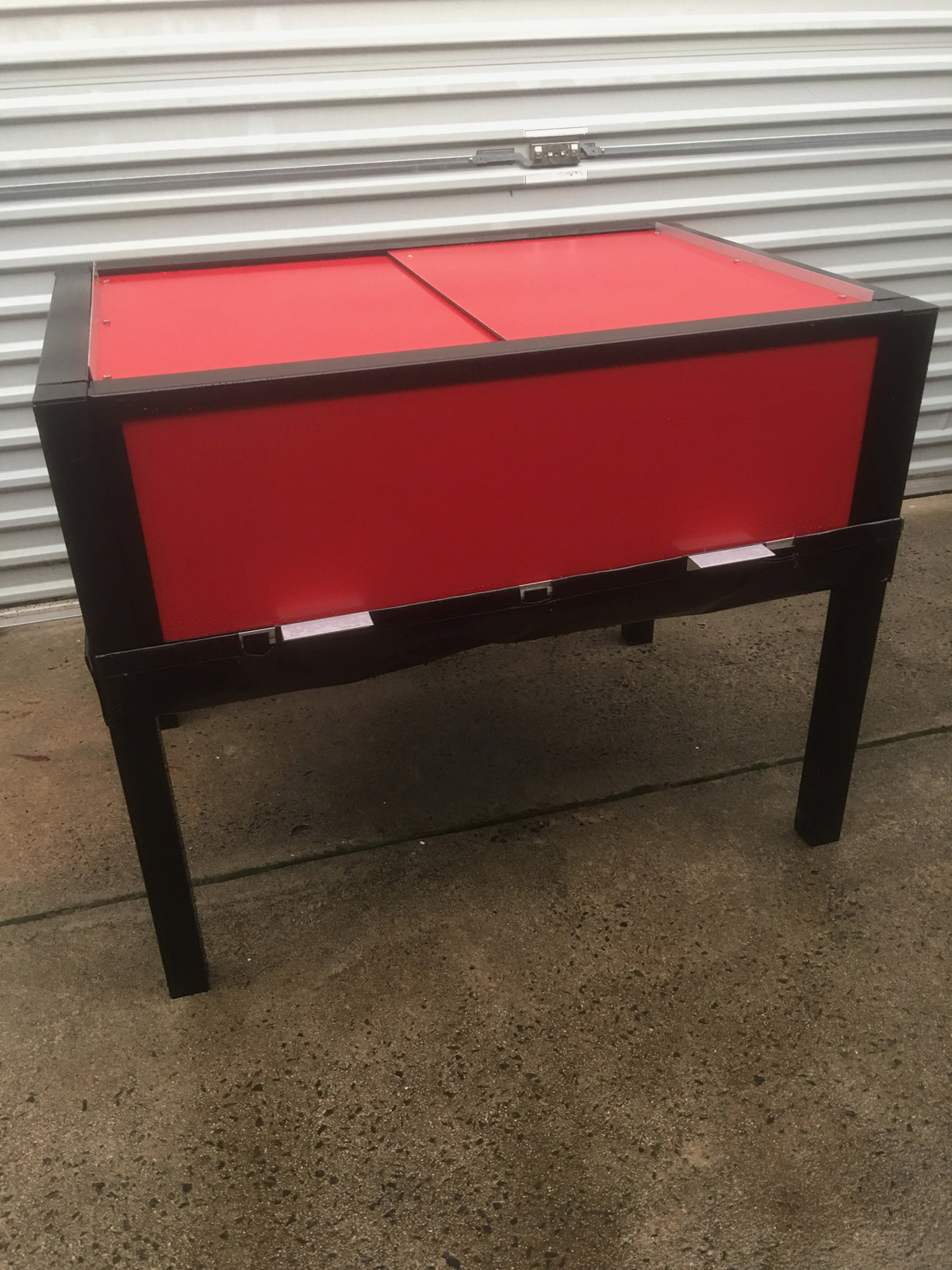 Starting a worm farm is easy and fun. Five principles are necessary to consider before you start and as long as you incorporate one principle in particular ‘oxygen’ or ‘flow through’ of air then you will get good results.

A worm farm is a means to convert food or organic waste into a nutrient rich compost and liquid ‘leachate’ fertiliser for your garden and plants. If all householders deposited food waste into a worm farm rather than a garbage bin then the aerobic environment of escaping methane from landfills sites would dramatically reduce CO2 escaping into the atmosphere.

There are two very important considerations to make your worm farm a success. One is the chemical consideration i.e. the environment in which a biology of microorganisms break food waste down and two is the physical  consideration. This is where worms and other critters interact and consume the rotten waste converted it into a highly rich plant nutrient.

I have just mentioned two considerations and now I am going to teach you about the five necessary principles which involve food, moisture, biology ‘bacteria’, UV light and oxygen.

Food – In nature compost worms consume all rotted organic material that lies on the surface of the ground. Worms favour various vegetable waste over other organic matter however as long as it was once organic then it will be eaten. Some foods attract other creatures such as vinegar flies to fruit or rodents to meat and fish.

Moisture – Worms obtain oxygen from water and water is essential in hydration, traveling and breeding. As worms are bisexual they sometimes mate themselves and occasionally purposely mate however worms mostly breed by passing their sperm on the moisture of their skin to the opposing worm. In impending rain storms, worms sense the change in atmospheric pressure and begin to travel on a wet surface to repopulate the species and spread the colony.

Biology – Food rot is the result of bacteria at work. Without a (compost) environment of abundant bacteria within an oxygenated environment worms will not be able to eat effectively and disappear in search of other forms of food.

UV light – UV attacks a worms nervous system forcing them to quickly retreat into the pile. Keeping the worm farm covered with cardboard or Hession bags is a good means of blocking out the light. If the worms are not feeding together on the top of the pile in darkness then they are not breeding.

Oxygen – This is the most important and critical element in that all aerobic beings need it to survive. Microbacteria won’t build in vast numbers to break waste down and worms will be affected by an acidic or ammonia rich environment.

Nature doesn’t contain or confine worms in boxes therefore the success in starting a worm farm comes from realising you are now going to become a responsible farmer. Providing a worm farm capable of sustaining Food moisture and oxygen within an environment of compost results in a five star accomodation for worms and when these things are in place expect lots of worms breeding, lots of organic waste or food waste breaking down, lots of nutrient rich vermicompost and lots of liquid leachate.

Of the various types of worm farms I recommend a ‘Flow Through’ style. This comprises an open or grid base, one in which oxygen can passively pass or flow through the composted environment. A flow through enables the resultant vermicompost comprising worm castings and water soluble nutrient rich leachate to be accessed below and avoids handling or disrupting the activity and ‘many’ elements occurring above. These systems work on a self sustaining cycle and eliminates ‘opening up’ the pile and disrupting the rotting waste by displacing layers of pre composted material.

Using a bottomless bin can produce good results if you implement the above principles however oxygenating the compost can be achieved by pitch forking or applying a compost lifter to manually aerate the pile. You will probably notice a stench of ammonia in which case you will need to add carbon materials to balance the Ph.

A ‘Flow Through’ or on ground worm farm will increase your chance of more successful results whereas an enclosed or contained tiered tray system which can bake in summer heat lacks passive air flow which needs to achieved by regular removal of worms and upper layers of rotting waste before you turn or aerate the contents within.